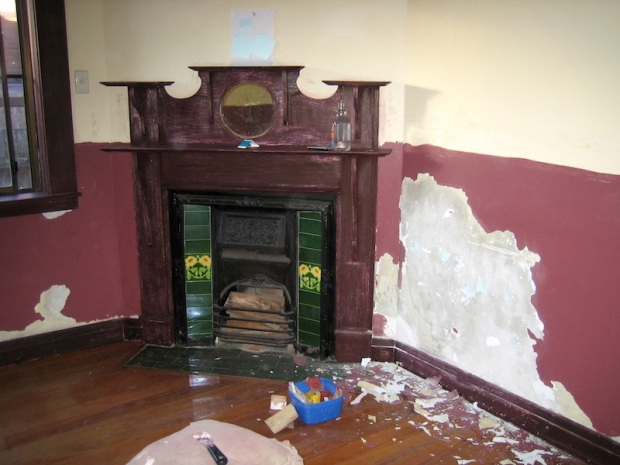 Fireplace after hours of trying to strip back the stain

I wish. There was going to be no lounging about in this room. Where to start…. Well the fireplace. I’m not sure if the surround was original or not. It’s hard to tell but the woodwork is not symmetrical. Certainly I think the tiles and cast iron hearth were but the rest, I’m not too sure.The walls were a bit dodgy but thankfully not to the same extent as the hall or dining room. But because they were painted such strong colours, I needed to cover this up with an undercoat to stop the colour coming through my lighter final coat. Unlucky for me, it was over 42 degrees with about 1000% humidity the day I was painting. It was hideous and now I think about it, stupid. But when you’re on a deadline… 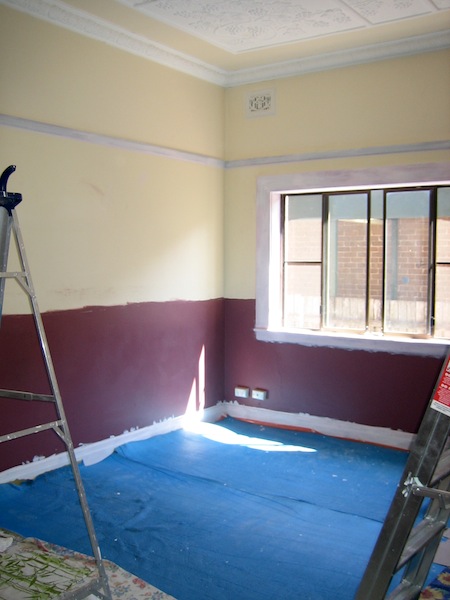 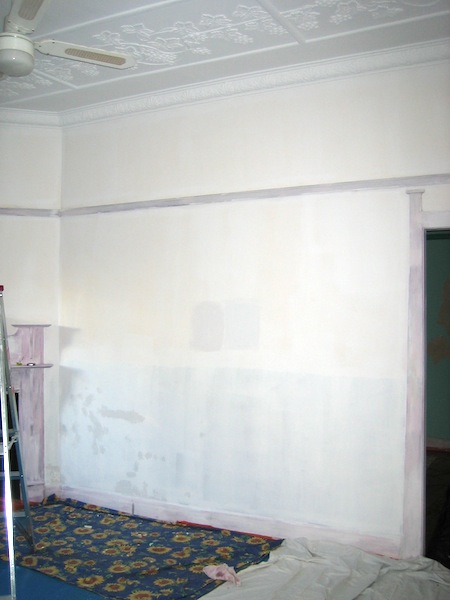 Even the undercoat made the room look 100% better

After the trims were sanded (I looked like I was bruised from head to toe I was covered in so much maroon dust), they too were primed ready for the high gloss white final coat. That dust was everywhere. Even after washing down the sanded timber, it was still coming off on my hands. I never want to see maroon trims again. 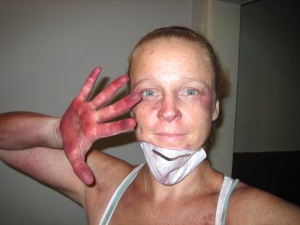 The curse of the maroon stain strikes again. 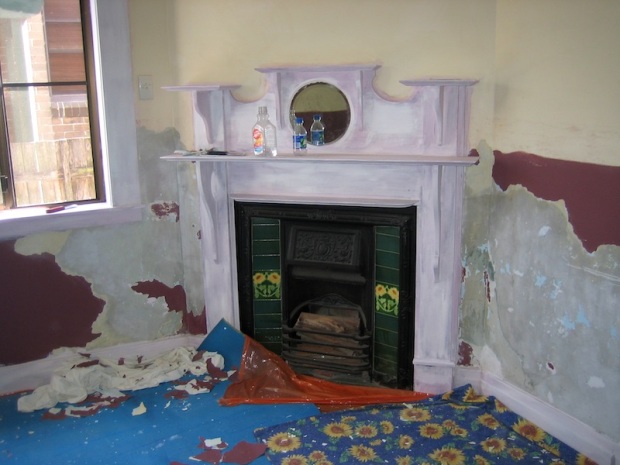 The ceiling was a nightmare. As it had such detailed plaster, it needed to be hand painted rather than rolled to ensure all the nooks and crannies were covered. My electrician had finally arrived to remove the fans and install the downlights. Then, the part I always love, the final paint colour. I was aiming for a blue/grey. Benjamin Moore (US paint company) have the most stunning colours and I was trying to match one of theirs. But unfortunately, it didn’t come out as grey as I wanted to. Never the less, it was a vast improvement on what was originally there. 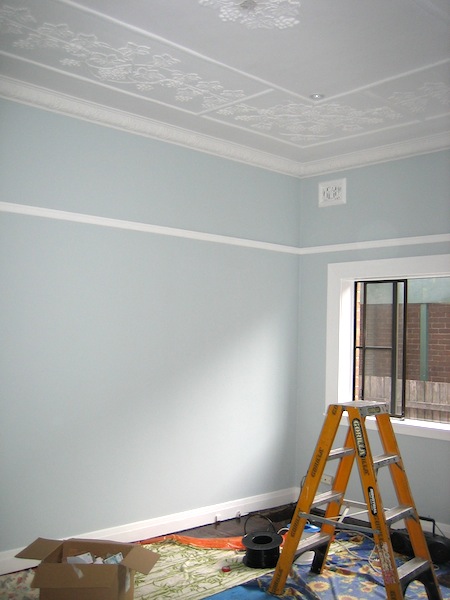 All that was left were the trims. My big sister helped me out late one night putting the finishing touches to the fireplace. While the skirting boards were finished off another night.

I’m working on the paint, while Sis is giving the cast iron a new lease on life 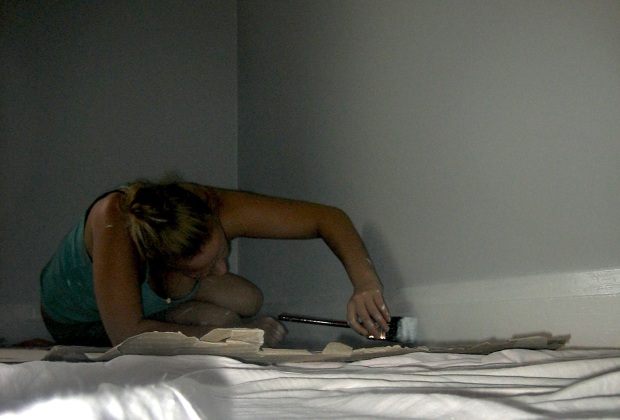